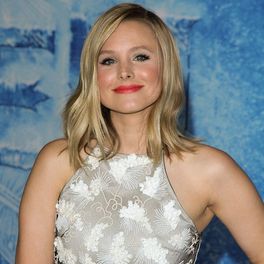 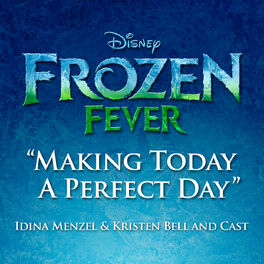 Kristen Bell is an American actress who studied at New York University's Tisch School of Performing Arts. Her debut Broadway show was as Becky Thatcher in 'The Adventures of Tom Sawyer' (2001) and she made her film debut in 'Spartan' in 2004. Her first major role in television was the title role in 'Veronica Mars' from 2004-2007. She appeared in several more television programmes, plays and films before her breakthrough in 2013 when she was cast as Princess Anna in the animated Disney film 'Frozen'. The soundtrack was ubiquitous for several years following the release of the film, particularly the songs 'Do You Want to Build a Snowman' and 'For the First Time in Forever'. In the latter song, Bell duetted with Idina Menzel, who played Princess Elsa. She also starred in the short films 'Frozen Fever' (2015) and 'Olaf's Frozen Adventure' (2017) and the sequel 'Frozen 2' in 2019.