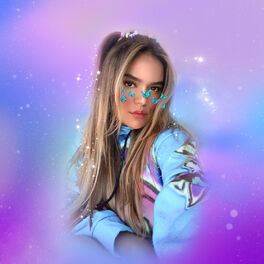 My Family (from "The Addams Family")

Carolina Giraldo Navarro, aka Karol G, is a Colombian singer-songwriter of reggaeton and Latin music who appeared on the American television talent show 'The X Factor' as a child and went on to have hit singles on the Billboard charts and win the Latin Grammy Award for Best New Artist in 2018.

Born in Medellin, she studied music at the University of Antioquia before moving to New York. The single 'Casi Nada' reached number eight on Billboard's Tropical Songs Chart in 2016 and 'Hello' with Ozuna went to number 28 in 2017. Her 2018 debut album 'Unstoppable' peaked at number two on the Latin Rhythm Albums and the Top Latin Albums charts.

She has had three number one singles on Billboard's Latin Rhythm Airplay Chart: 'Mi Cama' (2018) with J Balvin featuring Nicky Jam, 'Calypso' (2018) with Luis Fonsi and Stefflon Don and 'Creeme' (2019) with Maluma. She has also collaborated with Ozuna, Annual AA and Bad Bunny.