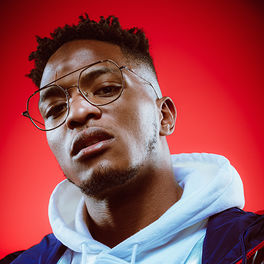 Mixing Atlanta hip-hop with traditional African rhythms, French-Congolese rapper Niska was at the forefront of a style known as Afro-trap as it began to pour out of tough suburban neighbourhoods on the outskirts of Paris in 2015. Growing up in Essonne, Niska, whose real name is Stanislas Dinga Pinto, began rapping with the Negro Deep crew in his teens alongside MCs Madrane and Skaodi, with videos for their tracks 'Viviant' and 'Confidances' posted to YouTube in 2012. Their 'Freestyle PSG' video was the first to become a viral sensation and notched up more than 85 million views in 2015; Niska also featured on Maitre Gims's top five hit 'Sapes Comme Jamais' before releasing his mixtape 'Charo Life' to great underground acclaim.

Taking inspiration from US rappers Gucci Mane and Migos, Nigerian artists P-Square and Davido and the fast, upbeat tempos of zouk and ndombolo music, he steadily established himself as one of the leading young figures in French hip-hop, and his debut album 'Zifukoro' made it to number three in the French charts in 2016 and produced the hit 'Elle Avert Son Djo'. He also featured on Booba's popular single 'Ca Va Aller', before his single 'Reseaux' became a summer anthem with more than 250 million YouTube views and the album 'Commando' shot to the top of the French charts. His run of big singles also included 'W.L.G.' in 2018, 'Giuseppe' and 'Medicament' and a collaboration with Diplo on 'Boom Bye Bye', followed by 'Du Lundi Au Lundi' and 'Passa Passa', all in 2019. Niska was praised for capturing the angst of the nation's working-class youth and forging a new soundtrack for Parisian immigrant communities.