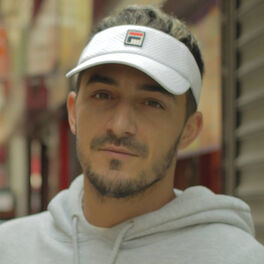 Something For Your Mind

Recently regarded as one of France’s “best-kept secrets” Clyde P is now one of the most hotly tipped DJ / Producer in the French House scene. Raised on a healthy diet of Hip Hop and Funk, Parisian’s Clyde P is breaking through the charts with his so unique sound. Clyde’s track Dancin’ with Amine Edge and Dance, released on Defected and garnered over a million plays. He has gone on to play renowned shows including multiple appearances at Ministry of Sound, We Are Festival, Desert Hearts Festival, and multiple seasons residency in Ibiza. Clyde has also been supported from the likes of Martinez Brothers, Dj Sneak, Loco Dice, Solardo, Lee Foss, Shiba San and more... Clyde P’s records are known to be heard frequently on the house live circuit with releases on Defected, Toolroom, Repopulate Mars, Abode and Sola Records among others... Clyde P continues to tour globally while releasing new tracks. His profile and international following keep growing, with some major support including Pete Tong’s BBC Radio 1.