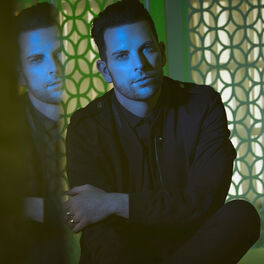 The 12 Days of Quarantine

If You Ever Leave

Los Angeles indie-pop artist, Chris Mann, is no stranger to the spotlight. His debut album Roads (Universal/Republic Records) hit #1 on Billboard's Heatseekers Chart and appeared on the Billboard Top 200 and iTunes charts. His sophomore release, Constellation, followed suit, also topping the Billboard and iTunes charts. Mann has performed with the National Symphony for President Barack Obama, headlined at The John F. Kennedy Center for the Performing Arts in Washington, D.C., at New York City's famed Christmas in Rockefeller Center Concert and starred in his own symphony tour across the country. He has also performed on Ellen, The Today Show, Conan, and The Tonight Show with Jay Leno, The Late Late Show with James Cordon and Christmas in Washington. He was also an original member of the Dalton Academy Warblers on the hit TV show Glee.