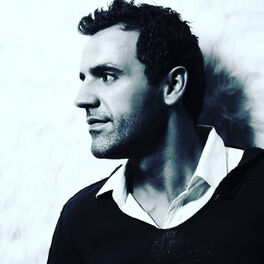 Hanging From The Ceiling - Reloaded

Wish You Were Here Now

(And It) Hurtz (Sunset Mix)

On The Phone (Global Dance Edition)

Gabi Newman is one of the top names of electronic music in Spain. He's exporting his sound throughout the world and his sessions are marked by the musicality of their productions. He has worked with a few different names throughout his career, in 1992 he began his adventure recording in Blanco y Negro Music label. He has success in (the) charts in Spain to be held on the official list of sales over 30 weeks. creating trend in electronic music in Spain, also it was licensed by other countries in the world. After this prolific stage moved away from the decks and the production and devoted himself to the world of radio and music advertising for 5 years. In 2003 and the need to return to the decks and producing electronic music was born "Gabi Newman" Meanwhile back with renewed vigor to the decks around the world with its house sessions with all the labels out there, offering a different view to their productions and the best productions that marked tendency to taste, regardless of the style in which were labeled. In the begining (there was Jack) of the new decade, Gabi Newman starts his own label treinta3tres with many projects related to underground house music