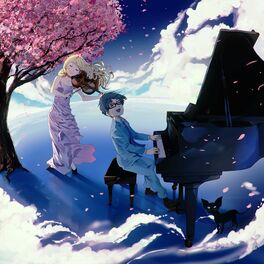 Weathering With You - Piano in the Sky

Your Lie in April - Music of the Heart

My Lie - String Version (From "Your Lie in April")

Don't Deal With The Devil (From "Cuphead")

Torby Brand is a Norwegian pianist and album producer, with a strong passion for music from video games, movies and anime. His main hub is his YouTube channel, where he has now gathered over 10 000 subscribers and millions of views. Here he posts performances and visualizers of his arrangements and sheet music. Before this, Torby was best known for having composed music to the Metroid fan-game AM2R. More recently he has been publishing licensed albums through Soundrop, that are available on platforms like Spotify, iTunes and Amazon. Featuring popular releases like Deltarune’s “Field of Hopes and Dreams” and the first volume of his hit album series “Emotional Anime on Piano“. You can also frequently find him on Pixel Mixer albums, including Castlevania, Donkey Kong, Final Fantasy and Zelda projects. http://torbybrand.com/