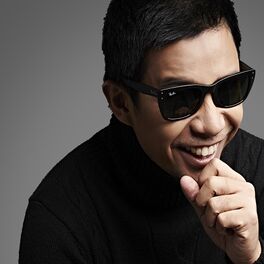 In Love With You

Noh Salleh grew up in a family with strong musical background. Inspired by his eldest brother, Noh was exposed to various genres of music at a very young age. He started to dabble in the arts since primary school and started to perform in local underground gigs at a tender age of 10. This has taught him to be comfortable with performing on stage at any musical events. Moving through the genres has revolutionized Noh’s music making ways. He has learned not to limit his musical references list and thus training himself to have various music writing styles from the start. From punk rock to hip hop, ballad to jazz, this musical journey has brought him to Kuala Lumpur where life’s ups and downs, twists and turns has helped to not only develop himself as an individual, but also his music. In 2005, an accidental meeting with talented musicians on social media site MySpace has led to the formation of HUJAN. The band has since won various awards and accolades and has performed in among others, the United Kingdom in 2008 and 2010, Indonesia in 2009, Australia in 2010 and France in 2011. HUJAN has also performed in renowned concerts and award shows region-wide. 2012 sees the band releasing their fourth album, Sang Enemy, and for the first time featuring collaborations with international musicians such as YUNA, Jerry Kamit, DJ SOULJAH, DJ 1 2, WISE (Teriyaki Boyz) and TARANTULA (Spontania). HUJAN ‘s achievement has helped Noh to spread his wings in the music industry not only as a talented songwriter but also as a musician. He has since written, produce and been featured in songs of various genres by musicians such as Mizz Nina, Goldfish & Blink, Ezlynn, and Altimet.  Apart from music, Noh also has interest in fashion and streetwear and is never shy to share his dressing tips for daily wear or stage. This interest has also lead him to start his own clothing label, VOXTRIBECREW, in 2011. Not only that, Noh’s career has recently expanded to the silver screen where he recently became the guest artiste for Namawee’s Hantu Gangster and Afdlin Shauki’s Ponti vs OrangMinyak, thus making him one of the industry’s all-rounded talent. This year (2012), Noh and his wife Mizz Nina appear on 8TV’s Noh & Nina’s Passion8, a TV programme supported by Microsoft in conjuction with the launch of WINDOWS 8. 2013 will see Noh travelling with HUJAN for a nationwide tour to promote Sang Enemy and venturing into new horizons in music.