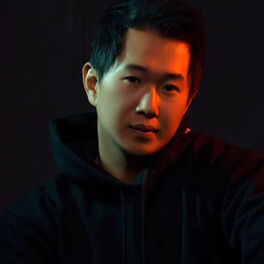 Beside the Fire / When it Rains

Take Me Or Leave Me / Open Spaces

The Path Of Life

The Best Of Suanda Progressive 2018: Mixed By LTN

It’s always refreshing when a successful Trance music artist emerges from one of the most unique and unexpected of places. Louis Tanuatmadja, also known as LTN, was born in Jakarta, Indonesia, and is living proof that good music can stem from any part of the world.   At the age of 15, LTN discovered his talents in dance music after being influenced by iconic trance artists such as Above & Beyond, Myon & Shane 54 and Markus Schulz. After acquiring his first DJ set in 1996, he discovered a natural ability to create smooth trance beats with euphoric melodies and unique bass lines. His passion and drive gained recognition in the industry after he was named Breakthrough DJ/Producer by Dash Berlin in 2012, and through his innovative approach to trance and progressive house music, he’s become a regular at clubs throughout South Asia and Australia.   His singles Let Me Go, Daylight, City of Lights, and A Path to Nowhere are just a few tracks that have landed him in the Beatport Trance Top 100 chart. Throughout the past few years he has performed alongside artists such as Armin van Buuren, Above and Beyond, Alexander Popov, Myon and Shane54, Andy Moor and ATB.   LTN has signed tracks with record labels around the world, including Armada, Enhanced , Ride, Silk Music and his own Blade Records.