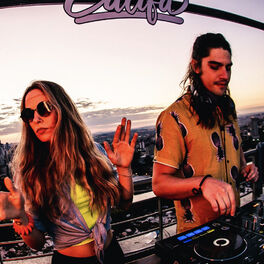 It was with music that we found the best way to convey our lifestyle, under a name that could translate our essence: SUNBREED.   Our first song released in August 2018, "Your Love", was selected by Spotify curators for two great playlists of the platform - Novos Beats and House Brasil, dividing space with big names in the Brazilian electronic scene. We continued to gain notoriety, ensuring our place in one of the most important dance music playlists in Brazil, mint BR, also reaching in that time the TOP Brazil Viral 50.   In October 2018, our second release, "My Baby", was chosen for one of Spotify's hottest playlists, "Sexta" (Friday), sharing space with hits from other musical genres and artists, -and still there nowadays, more than 1 year and a half it was released. After our latest release "Whiplash" that it's placed on "Festa na Praia" (another official Spotify playlist) we're back with some mixed brazilian and afro vibes into dance/eletronic world, to achieve the audience showing something new in this scene.