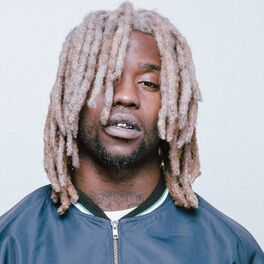 Melvin Félix, who goes by the name Jok'Air, is a French hip-hop performer who began rapping as a teenager while still at school in Paris. From 2007 to 2016, he was a member of the group MZ, who released half a dozen mixtapes and two albums before they disbanded.

Going solo, he released an EP titled 'Big Daddy Jok' in 2017 plus mixtapes titled 'I'm Big Daddy' and 'Jok'Poiolo'. His debut album, 'Jok'Rambo', came out in 2018 followed in March, 2019, by 'Jok'Travolta', which went to number five on the French Albums chart and features the single 'Comme tu Es' featuring Alonzo. Other collaborators on the release include Chich, R.O.C. Gang, Mallory, Laylow, Suky, Chilia, Yseult, Sadek and La Dictatrice.

His 2019 schedule was to include appearances at venues across France in Paris, Lille, Bordeaux, Toulouse, Strasbourg, Nancy and Metz.