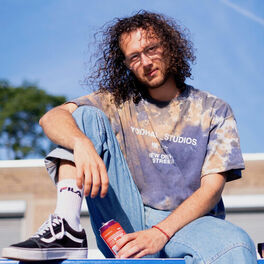 Let it Be Me

Jonasu’s joyful blend of tropical house beats and an ear for an uplifting melody have established him as one of pop’s rising stars. His songs, streamed millions of times, are international hits but much of his work is born from the streets of Amsterdam. His music is inspired by the people and stories, both real and imagined, that he comes across on his daily bike roads across the city. “Everyone in Amsterdam cycles,” he says, explaining his unique creative process. “It’s a big influence on my life. In 20 minutes I can come up with a new melody or lyrical concept.’’ In addition to making his own music, Jonasu has written with, and produced for, other artists including Sam Feldt (multi-platinum selling single “Post Malone”) and Alok & Dynoro (smash single “On & On”). He has previously worked with artists including Conor Maynard, WEISS, and Don Diablo and says the key to crafting a hit is conversation.