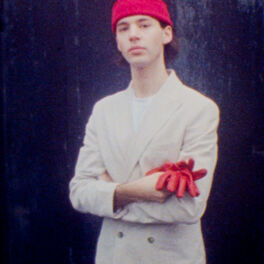 Zach Zono created his COOL BOY persona in late 2018, when he first arrived to London after being born and raised in Cape Town, South Africa. Now, three years later, COOL BOY has given Zach an outlet to share his music with others. All music by COOL BOY is currently released by ZONOSPHERE RECORDS, an indie label created by Zach and his brother Alex Zono.