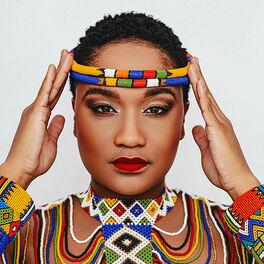 Tugela Fairy (Made of Stars)

So You Don't Get In Trouble (feat. Kid Cruise)

Angels in Your Eyes

The Healers: The Last Chapter

South African Neo-soul / Neo-folk music artist Simmy has carved out a distinctive position in the music industry. She’s one of the country’s future biggest stars. She has not only performed to thousands of fans, she also writes and co-produces some of her own material. Simmy started writing music in primary school and composed the songs with her friends who were also her fellow school choir mates at the time, she recalls. "I sometimes didn't even understand the depth of the words I was putting down on paper, I just wanted to write, compose my own music and sing" she adds. That's when she thought to herself maybe she actually belongs on stage. Simmy couldn’t have come on the scene at a better time. As a new generation takes the reins, African roots music is needed more than ever to remind us of the troubled but at the same time colorful & nostalgic pathways of our own history. Her hard-hitting songs touch on modern issues and more personal narratives speaking to life and love in the digital age. Having grown up in a musical household, her songs on her Album “TugelaFairy” are inspired by the legendary sounds of Dolly Parton, Platform One, Brenda Fassie, Soul Brothers and Izingane zo-Ma to name a few. Her sound is fueled by her rich low beautiful vocals & influential instrumentation. "Being born & raised in e-Msinga but at the same time witnessing various street cultures via TV, radio and urban neighboring areas has shaped the way I approach my music, and has nurtured me as a person as well as my craft. I've discovered things I would never have if I hadn't had any of these experiences. It has been a journey both outwards and inwards." the young songstress adds.