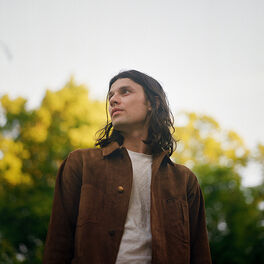 Chaos And The Calm

Chaos And The Calm (Deluxe Edition)

Hold Back The River

The Dark Of The Morning EP

Chew On My Heart

Bad (Live At Round Chapel, London)

Cry Myself To Sleep

This Is Chill Music

A soulful singer/songwriter from a small English town with a penchant for crafting moving and evocative folk-pop confections in the vein of Ed Sheeran, Foy Vance, and Ben Howard, James Bay hails from the north Hertfordshire market town of Hitchin. Bay honed his skills regionally, eventually landing high exposure support slots with Tom Odell, John Newman, and Kodaline before inking a record deal with Republic/Universal in 2012.