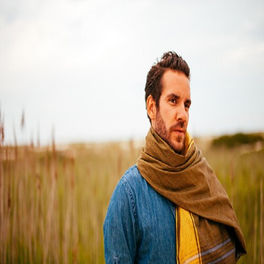 Turntables on the Caribbean

Inside the Dance, Vol. 3

The life of Thor Partridge echoes the music he makes- a fearless remix of long-standing traditions and new discoveries, the intersection of elements thought otherwise unimaginable. Known artistically as Thornato, Partridge was born in Sweden and raised in the wilds of New York City, where he’s currently based (Queens, to be exact). His nest was a musical one, constantly surrounded by Greek, African, and Caribbean music on the speakers as well as being encouraged to play (classical piano, jazz guitar, and banjo). It was almost written in the stars that Thor would become enamored with the art of the remix. A self-proclaimed ‘sound-hoarder’, he’s traveled the world with curiosity as a guide, collecting sounds to then collage into something that defies categorization, but that is also uniquely his. Thornato’s full length album, Bennu, saw the light of day- and it did not emerge quietly. Called a ‘sonic bouquet’ by Afropop Worldwide, the record features stunning collaborations with the likes of Polaris-Prize winning artist Lido Pimienta and New York staple The Spy From Cairo. Bennu was a beautiful way of tying everything together- and a massive step in his career. The album incorporated elements of Flamenco, deep house, and dembow in a way that is seamless and provocative. It was praised by the likes of Insomniac, Xlr8r, Afropop, NPR, and beyond- bringing him to international stages and airwaves, proving Thornato to be crucial in the global music landscape.