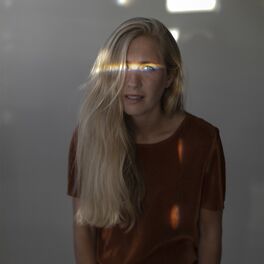 Grow as we go

In recent years, Annelie lended her vocal talents, instrumental proficiency and musical versatility to other artists. On her own album, she deliberately explores and gravitates within the limitations of a single instrument. In her youth, the piano, in addition to the saxophone, was the only instrument that consistently drew her attention. 'At Night', the record’s opening cut, lasts nine minutes and thirteen seconds; yet the sense of time immediately disappears once you get acquainted with the music’s deft, spiraling progressions. The album originated in some measure from half-finished songs and loose fragments of melodies. These impressions, however, continued to resonate with Annelie over a longer period and eventually forged into beautiful abstraction. She molded that wealth of inspiration into seven sparse piano compositions that flow seamlessly into each other. All music is recorded at home: you only hear the individual, the instrument and the environment in which the music came to be. The album forms a magnificent safety net in which the familiar, elemental sounds are left behind for safekeeping.