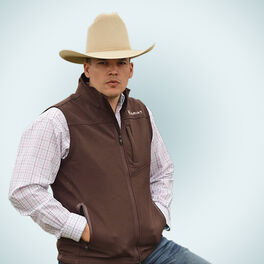 With an unique talent, from Los Ramones, Nuevo León, Ríos was born in October 19. Since he was a kid he liked norteño music and listened artists like: Ramón Ayala, Lorenzo de Monteclaro, Invasores de Nuevo León and Cadetes de Linares. He created the band Eslabón and played with them in many parties and festivals of Nuevo León. In 2007 he released his debut album "Maestro" and became popular among norteño fans. Then, Remex Music decide to sign him, and even today he still works with them. This year Ríos celebrates 10 years of career, where he has showed maturity and becoming more popular.