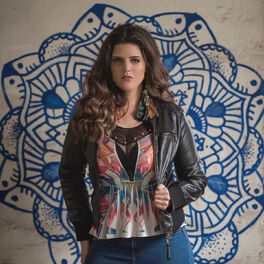 Arielle Maren is an American singer-songwriter, primarily working within the field of electronic dance music.   Though Arielle Maren has been involved in the dance music scene since the "underground" days, it wasn't until 2011 that she became a professional singer-songwriter with her debut release Redemption; collaborating with producer Orjan Nilsen on his artist album In My Opinion.   In 2012, Arielle Maren collaborated with Cardinal & Estiva on the track Wait Forever. It made a huge splash on the Beatport trance chart, holding it's position at an impressive #5 for over 2 months, and gained huge support from the likes of Armin van Buuren, Above & Beyond, Ferry Corsten and Markus Schulz.   Let Me Go was her next success, featured on LTN's debut artist album People I'll Never Forget. It held the #1 position on Poland's top radio shows for over a month. This lead to her next venture of creating a collaborative album between herself and LTN titled Momentum. This 13 track vocal album released in 2016 on Armada's Statement! label, broke through to the #1 position on the Beatport trance release chart.