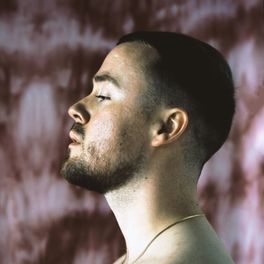 When I Wake up - Acoustic EP

When I Wake Up

"Lonely Are The Brave" Track By Track

Lonely Are The Brave

Don't You Know by Now

Lonely Side of Life

Guns In The Distance (Acoustic)

Drinking From The Sun, Walking Under Stars Restrung

Rolling With Me (I Got Love) [Remixes]

Rolling With Me (I Got Love)

Mixing hip hop attitude with pop production and a background in folky, acoustic storytelling, Maverick Sabre was dubbed the Irish Plan B when he first appeared on the scene in 2011. Born in London, but raised in County Wexford, Ireland, Matthew Stafford started out MC-ing as 15-year-old and took his stage name by flicking through a thesaurus and finding words that seemed appropriate and matched his initials. He cut his teeth working with Irish rappers Terawirzt and Nu-Centz but, restricted by the smallness of the country's urban music scene he moved back to England in 2008 and released the mix-tape The Travelling Man (2010). It led to collaborations with Wretch 32, Chase and Status and Professor Green, and his style of rapping over acoustic guitars and reggae melodies stood out as something unique. His singles Let Me Go and I Need both made the UK Top 20, while debut album Lonely Are The Brave (2012) made it to Number 2 and showed a political edge with a cover of Sam Cooke's A Change Is Gonna Come and the track Sometimes confronting the historic Anglo-Irish troubles. Artist biography compiled by BDS/West 10. All rights reserved