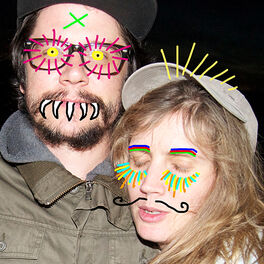 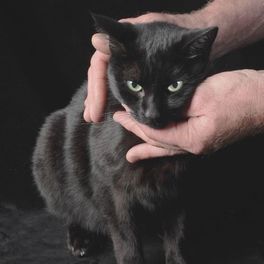 The Size of the Night

How to Perform a Funeral

Men of the Women

It's Gonna Be Great

A Tribute to Elysium

Peter Kernel are Barbara Lehnhoff (Canadian) and Aris Bassetti (Swiss). The two met at the Visual Communications and Design School in Lugano (Switzerland) and detested each other for years, until he discovered her experimental film installations and she discovered his music. They began a collaboration for Barbara’s first experimental musical and fell in love. They started writing songs together and performing live; more and more and more. In 2006 they founded On The Camper records, a unique label based on creative design and promoting bands they love. Through On The Camper the couple create music videos, album graphics, t-shirts, buttons, posters, everything and anything related to music. They truly believe in the DIY era and work with it. In 2008 Peter Kernel released their first album “How To Perform A Funeral”. In 2010 they received a call from Spencer Krug - Wolf Parade (Sub Pop) to open their European tour. Since then: fireworks. In 2011 they released “White Death Black Heart” and toured and toured and toured. Until today Peter Kernel have played over 300 concerts in Canada, France, United Kingdom, Switzerland, Belgium, Netherlands, Italy, Germany and Luxembourg. In 2012 they founded a sister project to Peter Kernel called Camilla Sparksss, an electronic fuse keeping them on the road throughout 2013 and 2014 across Europe and the US. On January 19th 2015 they released their third album called: “Thrill Addict” on their own label On The Camper Records.