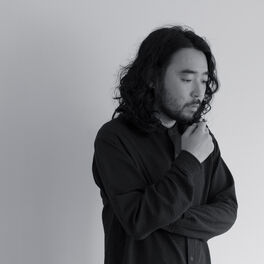 Love Is __ (Music From The Original TV Series)

In The Dark Woods

The Cycle Of Nature

MOMENTARY: Memories of the Beginning

The Cycle Of Nature

Born in Tokyo in 1985. Japanese composer Akira Kosemura debuted his first solo album, "It's On Everything", on an Australian label in 2007 while he was still in school. That same year, he founded his own label, Schole Records, and garnered good reviews by releasing various albums of crossover genre music featuring the sounds of piano, strings, winds, synthesizers, and field recordings. Since then, he has released about ten albums and various EPs.Akira has composed music for film, stage, and commercials, including Oprah Winfrey Network series “Love Is__” produced by Mara Brock Akil, TBS series “Chugakusei Nikki”, the contemporary ballet piece “MANON” choreographed by Kimiho Hulbert, and Japan Pavilion in Milano EXPO. His last album “In The Dark Woods” released in 2017 was critically acclaimed worldwide. His works have received high acclaim from media outlets around the world, including Pitchfork in the US. Akira Kosemura’s piano pieces between modern classical and electronics are often compared to the works of Nils Frahm, Peter Broderick or Max Richter.