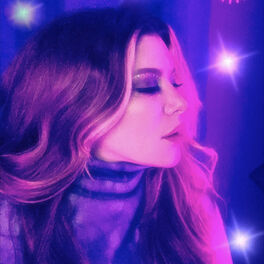 Secret Me, Secret You

Love Is All We Need

The Sound Of Trice

Artist/Producer/Songwriter/Podcaster/Hidden Sounds Founder and NYC native, Anna Yvette is a Gold Record Producer, and one of the most sought after vocalists in EDM. With songs that have gone #1 on Hype Machine, landed in the Spotify Viral 50, New Music Friday, and have been featured in many popular video games like Rocket League and Forza Horizon 4, she’s enjoyed success both self releasing and releasing with many prominent labels such as Big Beat, NCS, Monstercat, Armada, OWSLA, Interscope and more. Collaborating with Artists all over the world, Anna has also carved a unique sound for herself as an artist that encapsulates an 80s synthwave nostalgia in a way no one else can, all while producing her own songs, and empowering and educating other Independent Artists through the Hidden Sounds Community, and her Podcast Over the Neon Rainbow.