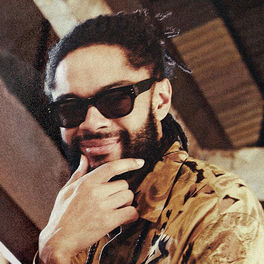 It’s not hard to find Evandro Fióti’s name related to big music business’ news and the most impactful shifts in the showbiz. Being at the forefront of Laboratório Fantasma, a label he started with his brother Emicida, he’s been writing history in the past 10 years. It was through this process that Fióti also saw the possibility to stand out as an artist, beyond the business side of music. In 2016 he released his first EP, "Gente Bonita". Well-received by the critics and regarded by the public, the EP wanted to rescue the self-esteem of the Brazilian people, and ended up unfolding into a tour, performing in Brazil’s biggest stages, being Festival Bananada (GO), Rider Dá Pra Fazer (RJ), Satélite 061 (DF) and  CoMA (DF) amongst some of them. Internationally, represented Brazil in the Funkhaus radio festival in Dusseldorf (Germany), and also in the Festival Art Basel, in Miami (USA), where he performed alongside American rapper Twelve'len.  Now known not only by his business but also by his music, Fióti stared in the "Dá pra fazer" Rider (2016) ad campaign, representing the power of the young Brazilian entrepreneur, nationally aired on open and cable TV.  Not only through his talent agency, but also LAB’s fashion shows (constantly breaking industry standards), in his talks or with a microphone on the stage, Fióti consolidates himself as one of the biggest references in the business, going against statistics while still being connected to his roots. With no breaks, now, he’s thinking in his new studio project.