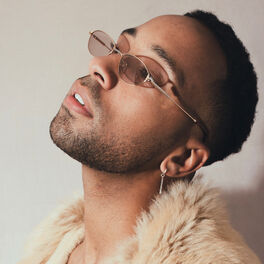 Dancing On My Own

World Is Waking Up

Live Without You (Hoved Remix)

When You Were Mine

Picture Of Us (Hoved Remix)

Cimo Fränkel is a songwriter, producer, and artist who has contributed to songs that have amassed over two billion streams worldwide. Songwriting and production credits include the multi-Platinum single 'Sex' by Cheat Codes & Kris Kross Amsterdam, Hardwell & Snoop Dogg’s “How You Love Me,” OMI’s “As Long As I’m With You”, and Lucas & Steve hit “Where Have You Gone.” Cimo's signature voice has been courted by internationally acclaimed artists including Armin van Buuren, ARTY, Daddy's Groove, EDX and many more, to which he's been featured on popular records. As of last year, Cimo began releasing his original material as an artist – all of which were written, produced, and performed by himself. Cimo has performed live in impressive stages across the globe, including The Forum in Los Angeles, The Ziggo Dome in Amsterdam, Palacio de Deportes in Mexico City, and Pavilhão de Exposições in Sao Paulo. As of April 2020, Cimo released his anticipated debut album independently, with support from BBC, Sirius XM, Billboard, Dancing Astronaut, Complex, and more. His debut album is a culmination of music that truly exemplifies who the established songwriter is as a solo pop artist showcases his range from ear-candy pop to honest, raw tracks. Cimo’s global appeal and cross-genre productions have had media and tastemakers comparing his artistry to the likes of The Weeknd with influences drawing from pop greats including Michael Jackson and Huey Lewis.