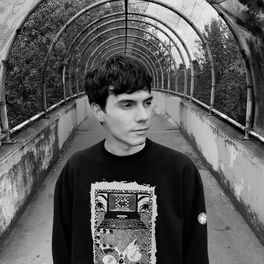 In Your Head (RL Grime Edit)

That Look in Your Eye

RL Grime, What So Not, Skrillex

A lauded master of electronic music production and highly sought after performer, G JONES is a frequent collaborator of industry figureheads such as Bassnectar and DJ Shadow, who called Jones “the most gifted Ableton beatmaker I’ve ever seen.” Rolling Stone touted him a “studio wizard” while Billboard compared listening to G JONES to “entering The Twilight Zone,” saying his music “opens a door with the key of imagination to a new dimension of sound and sight.” Billboard just described his latest single, out just 2 weeks ago, UNDERSTANDING THE POSSIBILITY as, “surprisingly beautiful, showcasing Jones' signature complexity through a softer, more sensitive lens. It's only when the song hits its brightest peak that the switch flips toward manic chaos… It's got us really stoked for the full LP, due out later this year.”