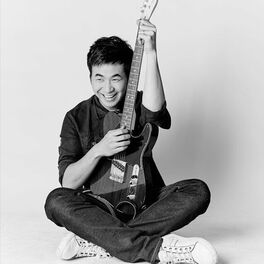 It's Been So Long

Musician, singer, and songwriter Apiwat "Stamp" Uaethavornsuk has been creating music since studying at university. After graduating, he began composing songs for Chulalongkorn University's Faculty of Architecture plays and formed a band with his friends, sending their songs to 104.5 Fat Radio, before shifting into the music industry. Stamp once played in the Nu-Metal band Kluay Thai as a guitarist, before switching to vocals for LOVES Records'7thSCENE. For three years, Stamp has been guided by the master of songwriting, Boyd Kosiyabong. Stamp has now proven himself to be one the best artists on this musical road with more than 21 awards a testament to his talent as songwriter. Moreover, he also contributed to the writing of "Chai Cha Na” which was composed to encourage Thai athletes in the Olympic Games in 2008. Stamp born in 2525, Bangkok in the 200th Bangkok anniversary celebration. Stamp is a softie in his childhood and he solved all his problems by run away and crying always. But when he becomes teenager, he changes his problems by escaping and listening the music loudly, by this he ties to his music since then. At 15 years, after he have music as his friend for a long time. Stamp felt that "Iistening" alone cannot heal his sorrowness. He decides to request his mother who is government officer and his father who works in a private sector for a guitar to promote from “Listener” to “Music Players”. It tooks many years for him to get approved for his first guitar. Until the day he got his first acoustic guitar, He seriously practice playing his guitar. As of today, Stamp is nearly had his debut album as a guitarist and vocalist for many times. His dreams came true with the album “Million ways to write Part 1” when he was 26 years old. It was an 11 years long journey, but it's worthy as an Artist. In the mean time, he tries to writes the song to become a songwriter. With many factors that gave him a chance to compose music for artists who he treated as his musical heroes, “Moderndog” or even “Bird Thongchai McIntyre” Today, Stamp still continue to composes and writes the song and if this world is not too cruel to him. He hope to continue his songwriting till the last day.