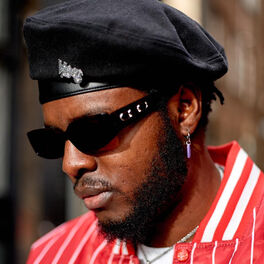 To Whom It May Concern

Yung L is a dynamic artist with proficiency in singing, song writing, ‘mouth’ flute and drumming, He possesses that formula to get your attention from merely listening to his voice. Originally from Anambra State, Yung L, real name Christopher Omenye, was born and raised in Jos, Plateau State. In Secondary School he caught the performance bug, singing/rapping and miming in school social events, and becoming a favourite amongst his peers. After secondary school, in 2005, Yung L enrolled at the University of Jos Medical School where he joggled both careers, releasing songs and working on his craft.  It was during this time that he met with other budding Jos artists; Ice Prince, Endia, J.Milla, andChopstix the producer, and together they formed the GRIP BOIZ. He has worked with some of the industry’s heavy weights in various capacities, including M.I, Jesse Jagz, El Dee the Don, Ice Prince, Iyanya, Mo’Cheddah and Wizkid. Yung L also earned a nomination as ‘Most Promising Act to Watch’ at the 2013 Nigerian Entertainment Awards (NEA).