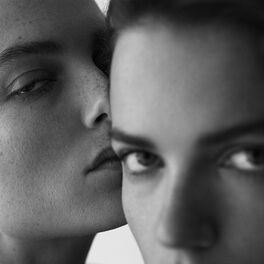 Better in the Dark

The Look of Love

Hard for a Man (Cenzo Edit)

Nothing but a Heartbeat

The Swedish/Australian self-made duo have already built a massive following in their home of Scandinavia and releases their long-awaited debut album ‘Lucid Dreaming’. A true labour of love, the album recording was split between L.A., London and their native Sweden, the influential sounds from each location meshing and permeating through every note. Working with the likes of Liam Howe (FKA Twigs, Foxes), Hannah Robinson (Icona Pop, Lana Del Rey) and Jim Eliot (Ellie Goulding), the finished record is a massive statement of intent in a stunning debut.