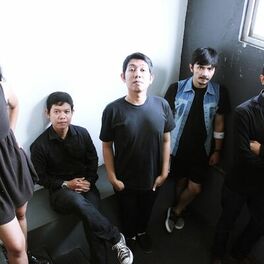 Sixth Man Of The Year

NICK is an Indonesian cult rock band from Jakarta, founded by Nicko Krisna (the former guitarist of Amazing In Bed and Poniland) and formed in 2012. The band got their name from the first four letters of Nicko’s name as it sounds catchy and easy to remember. Initially, the band’s line-up includes Nicko, alongside Ade Kris (former drummer of Gunver and Blossom Diary), and Gemmy (former vocal-guitarist of Mentholium Minusone). Moyas (keyboard, synth), Rizky Anugerah (former bassist of Y.A.R Club) and Yacko (Nicko’s significant other and an Indonesian rapper) were recruited afterwards, but Moyas quit during the recording of NICK’s debut album. NICK continues with their latest official members that consist of Nicko Krisna (vocals, guitar), Yacko Krisna (backing vocals), Ade Kris (drums), Rizky Anugerah (bass guitar), and Adirama Gemmy (guitar). In March 2012, NICK’s release their first single “Ghost” which is written to express their skepticism towards today’s existing reality. This single garnered positive reviews and was sitting on radio charts for weeks. A music video was also released to support the existence of the single. Not long after the first single, NICK’s debut album “SkyVsSky” was released under Ghost Records in April at the same year. “Y.O.N.E.X” and “Never Enough” were released as subsequent singles. Through the entire album, NICK merges ecstatic sound that is dominated by an extensive use of reverb effects and synthesizers, topped by vocals that spoke softly, which is formed around a loud distorted instrumentation that unleash a stream of indie rock sounds in some parts of the songs. The string resonance here and there adds a huge, open-hearted and magnificent touch in almost every song. Charm and playful guitar creates those dreamy feeling that makes you want to float between the clouds. The backing vocals exude just the right amount of vibes that wrap and complement all the tracks into a simple-sounding exercise that actually flowers into a textured, danceable mountain.