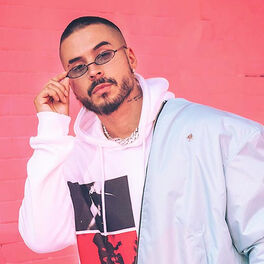 Reykon is an award-winning, internationally renowned Colombian reggaeton singer and songwriter. In his own country, his name is synonymous with that same urban genre. Reykon recorded “Señorita” and “Imaginandote”, both with Daddy Yankee, becoming the first Colombian act to record with the Reggaeton worldwide superstar. “Señorita” exposed Reykon to a wider audience internationally as the song reached #1 in several Latin American countries including Peru, Ecuador, Chile and several others. Another hit, “Secretos” topped the radio charts throughout Latin America and the video reached #1 on HTV also becoming a club anthem in the United States. “Chisme” ranked #44 on Billboard Hot Latin Songs for 2 weeks and his #1 most streamed single. Reykon premiered the new single and clip “Dejamete explico” exclusively on Billboard and was awarded Platinum status in Colombia. In 2015, Reykon was chosen to be a judge on Factor XF in 2015. That same year he collaborated with the global performer, Bebe Rexha, on the song “All the Way” which was nominated to be the official theme song of the Copa Oro. At the Latin Billboard Conference & Awards 2016, Reykon was part of the Urban Panel along with the top names on 2016’s Billboard’s charts. In 2018, Reykon released his new single “Mala”. The song reached more than 4 Million views in 24 hours.