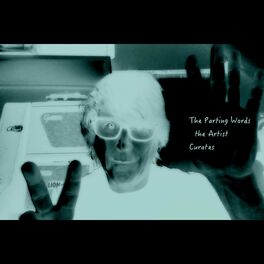 Decide to Stay and Swim Again

A Date with a Smoke Machine

A Date With a Smoke Machine

Decide to Stay and Swim

I Am Still EP

If This Is Love VIP

Chris Page is an Ottawa/Canada-based, independent songwriter who also fronts bands Expanda Fuzz, Camp Radio and The Stand GT. His new LP "Decide To Stay And Swim Again" was released September 30, 2020. This album is a stunning collection of acoustic, folk songs and is Chris's most stark release to date. The album is a reworking of the songs that appeared on "Decide To Stay And Swim", originally released in 2004 to critical acclaim. These updated versions give new life to what is a masterful collection of Americana-style songs and songwriting. As Chris puts it, "On the 15th anniversary of Swim, I got to thinking how this little independent release was launched into the world without the potential of today's incredibly far-reaching, internet music platforms. And when I revisited the songs, I felt an urge to give them new life. So I set out to re-record some of them, hoping giving them unique spins, while slowly letting them out into the world. At the time, I didn't expect I'd be creating an entire new collection of songs, but the end result was far more satisfying than I imagined." The album was recorded entirely in his home studio as Chris prides himself as an artist who creates and releases his music independently, in the true spirit of DIY. "Swim Again" is also available on very limited 180 gram vinyl, making these songs come alive in a beautiful and warm way. The cover of the vinyl version was commissioned and a young photographer named Hannah Poirier created the cover. This is significant, because Hannah was the little girl silhouette on the back cover of the original 2004 album. Chris asked Hannah to chose her own favourite piece for the cover of this new release. Chris has released four solo records that range from wistful folk to stripped-down pop. From Germany to the U.S. to Australia, he has released records on independent labels the world over in the 25+ years he’s been making music. Chris's previous solo record, Volume Vs. Voice, was another lyrically-striking set of folk/Americana gems and was released to critical acclaim when it came out in 2015. “Chris Page perfectly skirts the line of punk rock and folk while playing pop songs on his acoustic guitar…Page’s latest solo release, his fourth, Volume Vs. Voice, was one of my favourite of 2015, not just in Ottawa but period. Chris Page is a must see for fans of The Weakerthans and for people who love it any time a punk rock soul finds himself behind an acoustic guitar.” – Ottawa Showbox “This is a clever honest album, true to its title, worth taking the trouble with the journey of understanding.” – Americana UK “PICK OF THE WEEK: The interplay between acoustic and electric guitars is masterful with the electric never overpowering, only enhancing. Chris’ voice also really stands out as it seems to teeter on the edge without ever stepping off. Lyrical content is rich and personal. All in all, this record is a win.” – Cups N Cakes Podcast Be sure to sign up for my mailing list at http://www.chrispagemusic.com!