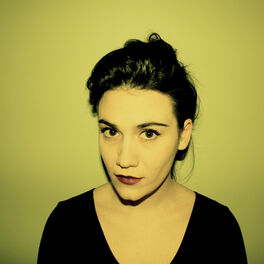 Love Your Dum and Mad

Having earned an early reputation for that uniquely rich, soulful voice; Nadine Shah released her debut album Love Your Dum and Mad to critical acclaim in 2013. A stint on the road with Depeche Mode followed whilst opening for Bat for Lashes and playing live at Vivienne Westwood's Red Label London Fashion Week show provided notable highlights on an extensive tour. Created with trusted collaborator and producer Ben Hillier, the excellent follow-up Fast Food is out on 6 April via Apollo / R&S Records. Born from a fervent two-month writing session, Fast Food exists on a knife-edge – every bit as dramatic as we’ve come to expect from Nadine but with a sharpened eye for all things hook laden; retaining a brooding grandeur in its movements. Recorded live at Ben’s studio The Pool in South London, the album features contributions from guitarist Nick Webb and bassist Pete Jobson (of I Am Kloot fame). Building on the bruised honesty and charm of its predecessor, Fast Food rings with the confidence of an artist completing their most coherent musical chapter to date. “The last album took so long to make that by the time it came out it didn’t feel like it was a very clear representation of where I was musically, but this time it’s different,” Nadine explains. Fast Food is a more concentrated effort: it is the sound of Nadine Shah as she is now - stepping out from behind the piano and growing with immeasurable confidence. Fast Food is a reflection upon a world obsessed with instant gratification and a life full of complicated relationships, Nadine admits. “My favourite love stories are the unconventional ones. The ones that aren’t like rom-coms because those aren’t the real stories, that’s not how it actually happens. For years I had this romanticised ideal of what love would be. I thought it would be perfect and that I would always be someone’s first love but as you get older, people have been in love before. That’s a large part of what Fast Food is about, the sudden realisation that you're never going to be anybody's first love ever again."