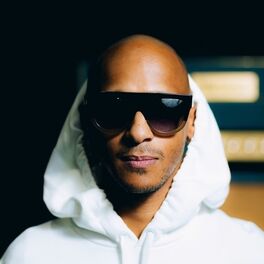 Formerly know as Djeff Afrozila, Lisbon’s child of African heritage, DJEFF has fused the sounds that helped shape him both as an artist and as a person. All colours of house music are welcome into his sets and his music production echoing Africa, Europe, America and even Asia’s finest cuts. Growing up in Lisbon meant being exposed to European and American pop and soul music, but living in an African house meant a close connection to the roots. Add to this rich music environment a first contact with electronic music and DJEFF was struck with an instant love that would shape his music up until today. By 2002 he becomes a resident DJ and by 2008 DJEFF moves to Angola where his production work begins. In 2010 his first release “Canjika” on Pandora Records. His music gains support from international DJs such as Louie Vega. In 2011 he creates his own label, Kazukuta Records. “Soldier Ascension” released in 2013 supported by DJs such as Tony Humphries, Boddhi Satva, and Rancido, among others. 2017 is the year of “Gratitude”, his 3rd artist album. Beginning of 2018 he performs in Berlin’s Watergate and Paris’s Rex Club, Privilege in Ibiza, as well as in Benetton’s Fabrica in Italy. “Labyrinth” rises all the way to #1 on Traxsource. August welcomed DJEFF’s première in Spinnin Deep’s catalogue with “Zugu Zugu”, with Zakes Bantwini and supported by Pete Tong, Black Coffee, Major Lazer. November 12th just brought “WELA”, a song about connection and universal love, written and sang by Soulstar.