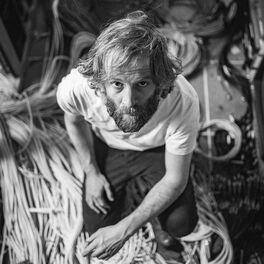 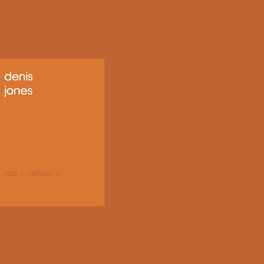 Thought To The Meaning

Denis Jones has been known to improvise entire songs live on stage, conjuring up a bewitching, genre-bending brew from a dozen electronic devices, drum pads, a detuned guitar and his own hypnotic vocals. Often, even Denis doesn’t know where his songs have sprung from or what his lyrics represent. The visceral thrill of music made in a moment that can never be repeated has become the Manchester-based musician’s calling card. It has taken him on tour across the world, from a mountain-top monastery in Switzerland, Nuremberg’s Museum of Modern Art and Le Botanique in Brussels to Vietnam, Canada, the States, Poland and Portugal. It has earned him support slots with Johan Johnasson, Can’s Damo Suzuki and Mr Scruff (on whose most recent album he collaborated on five tracks), seen him warm up for Warpaint and Massive Attack in German venues and storm the stage at his dream venue, Liverpool’s Philharmonic Hall. “By sampling and arranging on the spot, the crowd can feel the music being made. It’s a risky way to work. I’ve had songs fall flat on their face, but operating on the edge is what makes my gigs exciting. When the music takes over and the melody appears, it’s magical.” The immersive, in-the-moment nature of the complex soundscapes Denis orchestrates has seen him sought out for film soundtracks and plays. He was the sonic star of Scuttlers, a major theatre production about street gangs staged at Manchester’s Royal Exchange for a month, which summoned the city’s industrial past, largely through Denis’ highly acclaimed live score. The Guardian devoted the entire first paragraph of its glowing review of Scuttlers to Denis’s “sonic poetry of motion”, praising his ability to both mimic vast and varied machinery at work and provide nimble accompaniment to the action. That spontaneous connection between sound and listener is key to all of Denis’s work and dates back to his childhood memories of music. From the age of three, he put on headphones and immersed himself in the prog-rock albums he picked from his parents’ record collection because he liked the look of their sleeves.