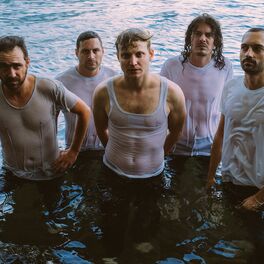 By Your Side (Remixes)

A Kiss, A Bang & It's Over (Including Stripped Down Version & Remix)

Hot, Cold, with & Without You (Lockdown Edit)

By Your Side (Klischée Remix)

Another Heart Has Lost Its Place (DJ Grumpy Cat Reprise)

Although still in the springtime of their budding careers, Tim Freitag’s tunes have a mature, more autumnal spirit to them: withering, fading relationships, torn, shattered hearts, dark, ominous clouds on the horizon. But if based on their melodies the folk of Zürich imagine a band of grizzled, grey-bearded grandpa artists past their prime, well, then they’ve got another thing coming! Songs like «Another Heart Has Lost Its Place», «Bruises» or «Hold On» start off smooth, soothing, slow only to give more power, more impact to the guitar string storm of thunder coming later on. «Baby I’ll Go» doesn’t simper around too long with unnecessary foreplay, but goes right to the throat with pelvis-swinging action, through danceable sounds unashamedly embracing deep 60’s roots and tipping its hat to modern Indie Rock. This is the quintessence of the tracks of this all-male quintet. The original crew have been performing gig after gig and achieving what many Swiss bands have failed to, or only rarely, do: entertain and enchant an unknown audience, with unknown songs, over the course of an entire show. The secret of this magic lies in equal doses, on the one hand, with the charismatic, eccentric front man and, on the other, with the impressive quantities of artistic sweat that Tim Freitag pour out onto audiences during their stage performances. This highly potent aphrodisiac witnesses to the band’s honest commitment and intense love of music and whisks away from the very onset any remaining wisps of bad mood or false inhibition right out of the club. Even though their music contains an after-note of Autumn, Tim Freitag’s Pop’n’Roll is suitable as the full-blast soundtrack for all the four seasons, twenty-four hours a day, all the days of the week! Schimun Krausz, RCKSTR Magazine Tim Freitag is and always will be Janick Pfenninger (Vocals), Nicolas Rüttimann (Guitars), Severin Graf (Bass), Lorenzo Demenga (Drums), Daniel Gisler (Keys)