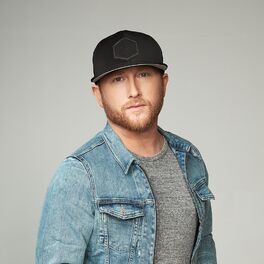 You Should Be Here

Right Where I Left It

Love You Too Late (Live at Joe's)

Cole Swindell, a Platinum-selling recording artist and record-breaking 10-time No. 1 singer/songwriter, has racked up an impressive and incomparable record-breaking SEVEN No. 1 singles (the only solo artist in the history of the Country Aircheck/Mediabase to top the charts with first seven singles); 10 No. 1 singles as a songwriter; one 1 billion audience reaching single (“You Should Be Here”), five Platinum singles; one Gold single; a Platinum-certified debut album (Cole Swindell); a Gold-certified sophomore album (You Should Be Here) as well as numerous SONGWRITING honors and awards including being the NSAI Songwriter/Artist of the Year (2016), two CMA Triple Play Awards in both 2015 (as the only performer to claim the title) and again in 2016 (for penning three No. 1 songs in a 12 month span) and Music Row’s Breakthrough Songwriter of the Year during his debut (2015) with celebrated songwriting credits which include not only his own but “This Is How We Roll” by Florida Georgia Line, “Get Me Some of That” by Thomas Rhett, and several songs with Luke Bryan including his No. 1 single “Roller Coaster,” among others. Swindell’s own seven No. 1 singles include “Chillin’ It,” “Hope You Get Lonely Tonight,” “Ain’t Worth The Whiskey,” “Let Me See Ya Girl,” “You Should Be Here,” “Middle of a Memory,” and “Flatliner.” The Georgia native just released the first single “Break Up In The End” from his upcoming third album for Warner Bros. Records.