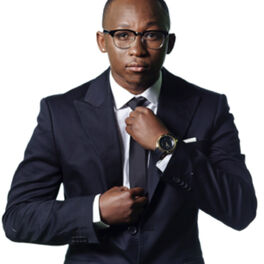 Planet Of The Have Nots

Love On The Cross

The name Khuli Chana is synonymous with the word Motswako. Motswako encompasses elements from various musical backgrounds. It involves street-talk and highly influential messages in Setswana, English and other South African languages which Khuli Chana has dubbed “Tswenglish”. Khuli Chana brings a different flavour and sound, not only to this genre of music but also to the Hip-Hop scene. Khuli Chana is not new to the music industry; in the early 90′s he formed a duo with Kay-G called “Jazzzadaz”. They then joined forces with Towdee Mac to form the group, Morafe. Khuli Chana’s debut solo album, The MotswakOriginator, was released in November 2009. It included hit singles such as “Tswakstikem”, “Sthandwa Sam”, “Freshe” and “No More Hunger” which all dominated the airwaves and saw Khuli Chana win numerous awards and nominations over the next 2 years. A remix of the song “No More Hunger” was requested by Action Aid South Africa to be featured on their Hunger Free Campaign music compilation which featured artists from around the continent. December 2011 came Khuli Chana’s release of the MotswakOriginator Deluxe. It consisted of his album, The MotswakOriginator, along with two additional songs featuring HHP and Tuks, and a documentary that unfolds the history of the Motswako Hip Hop industry as well as Khuli Chana’s trials and tribulations in the industry. Khuli Chana released his second album entitled Lost in Time on 16 November 2012. The Lost in Time album, in true Khuli Chana signature style, consists mostly of tracks in "Tswenglish" as well as collaborations with some of the industry’s rap giants such as Reason, AKA, and Zeus. Lost in Time has gone on to make history as the very first Hip Hop album to win in the category Album of The Year at the MTN SAMAs. Alongside the coveted Album of The Year, Khuli Chana also took home Best Rap Album and Best Male Artist at the 19th annual award ceremony.