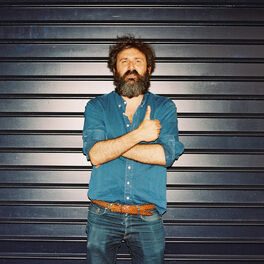 Hand in the Fire

Moustache (Half A Scissor)

Best Electronic Of All Time

"This new EP 'AMICALEMENT' was recorded two weeks ago and will be released for free next week on my website (oizo3000.com). I have no idea what this is exactly, and that's the point. Marilyn Manson is starring in my new feature film 'wrong cops'. we decided to record this retarded track together to celebrate our friendship. I'm working on a new Mr Oizo LP right now." ED BANGER RECORDS Supporting Mr Oizo's career since 2007 we're happy to follow him wherever he wants to take us. Giving his music on internet, we're down with it. He is one of the latest real free artist in his genre. It's like working with Salvador Dali ! He is living in his own world, follow his own rules, he is a tourist on planet earth. He is a genius and a legend for french electronic scene. This new record shows another side of his talent, going from classic banger with "Solid" to modern hip hop with "Waltz-e-more" maybe Kanye should have called Oizo too!