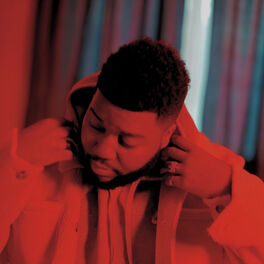 This Is It 2 Supported by TGC

In 2016 Khalid Robinson was a 16-year-old student with a SoundCloud account, but when Kylie Jenner began championing his soulful, melancholic, R&B, synth-ballads, he was soon on his way to becoming a star. His mother was a talented singer who chased pop stardom in her youth, but after having Khalid and separating from his father, she followed a family tradition and joined the military as a way of earning a steady income. When Khalid was seven his father was killed, but his mother went on to become a First Class Sergeant and join the US Army band, singing for dignitaries at events in Moscow's Red Square.

As a military child, Khalid lived on several different army bases growing up, including upstate New York, Heidelberg in Germany, Kentucky and Georgia, finding his true identity when he and his mother settled in El Paso, Texas. Inspired by his mother's love of music, he was always involved in choirs and musical theatre in his teens, and he uploaded his first song 'Saved' to SoundCloud in 2015. Supported by a vibrant high school music community, he quickly stood out as a talented songwriter and powerful singer, recording the dancefloor heartbreaker 'Location'. On the day of his graduation he found a video of reality star Kylie Jenner listening to the track on her SnapChat page. Soon after he landed a deal with RCA and 'Location' went on to become a summer hit, reaching number 16 on the US charts and selling more than five million copies.

Khalid was recruited to feature on Logic's top five single '1-800-273-8255' and tracks by Alina Baraz, Calvin Harris and Marshmello. His debut album 'American Teen' also captured the hopes and fears of youth and reached number four in the US charts, while follow-up hits 'Young, Dumb & Broke' and 'Love Lies' earned comparisons with James Blake, Frank Ocean and Sampha. He also won the Best New Artist Award at the MTV VMAs and had his track 'The Ways' used in the 2018 film 'Black Panther', before teaming up with Halsey and Benny Blanco on the downbeat, glitch-pop ballad 'Eastside', returning in 2018 with EP 'Suncity'. In 2019 he released the single 'Talk' taken from his second album 'Free Spirit'.