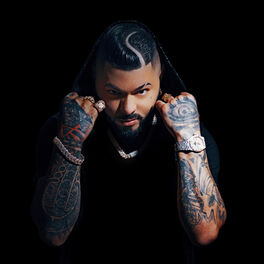 Peter Said It Was Problematic

Ramón Lavado Martínez, best known as “Chacal” in the entertainment world, is considered one of the most important figures of the recent Cuban musical movement. He has positioned himself as the quintessential author of the Urban-Cuban genre that has infiltrated the world. At an early age, Chacal began to get involved in the Hip-Hop movement of the island, becoming one of the most prolific young talents. His multiple abilities and incredible intensity when performing on stage quickly earned an immense following in the island, as well as, the respect for the musical community. Chacal who is considered to be “El Más Completo” (The Most Complete) artist of his generation. He reached international success outside of Cuba as a solo artist with projects such as “Chacal & Yakarta,” and with the help of DJ IAmChino, Yandel and Pitbull, "Ay Mi Dios" was released in the summer of 2016 and exploded around the world. This song reached the top of the radio charts worldwide including # 1 on Billboard for several weeks, it was roughly written by 10 years prior by Chacal when he never expected to be such a smash hit.Today, the "Ay Mi Dios" video has collected more than 590 Millions of views on YouTube and over 353 Million streams on Spotify, as well as taking home a Premio Lo Nuestro for "Best Urban Collaboration" and nomination as "Latin Song of the Year” at the iHeart Music Awards. The world has only had a taste of Chacal but the best is yet to come from this versatile and multifaceted artist. Chacal is currently adding more to his musical arsenal after the release of his most recent album: EDDLF. He also has more collaborations with artists of international level with a variety of sounds crossing musical genres just like "Me Quiero Perder" with Tempo and "Humo" featuring Anonimus.. Chacal is focused on 2021 as a year full of promise and greater growth in his artistic career.