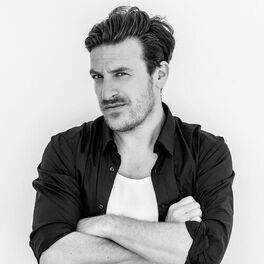 The Art of Sampling

Lounge Music - a state of mind

Marcus Fuereder, better known by his stage name Parov Stelar, is Austria’s internationally most successful artist. He is called the founder of ‘Electro Swing’ and his band, the Parov Stelar Band, is in heavy request all over the world. His music is the soundtrack for numerous movies, TV shows and ads. Already his first release, the EP Kisskiss, and the following album Rough Cuts in 2004 provided him an immediate breakthrough in the international electronic music scene. His unique sound, his specific approach to music production and the unorthodox combination of musical genres soon made him the star of an uprising scene. With his subsequent albums Seven and Storm (2005), Shine (2007), Coco (2009), The Princess (2012), The Invisible Girl (Parov Stelar Trio, 2013), The Art of Sampling (2013), the No. 1 album The Demon Diaries (2015), Live @ Pukkelpop (2016), the No. 1 album The Burning Spider (2017) and more than 20 EPs he was able to strengthen and even improve his status until today and he became the favorite of a huge fan community. The Parov Stelar Band played over 1000 live shows all around the world, e.g. sold out shows at PlayStation Theater in New York (back to back), Alexandra Palace in London and Zenith in Paris. They played many major festivals like Coachella, Glastonbury, Sziget, Lollapalooza, Pukkelpop, and many more. Parov Stelar ist also in heavy request for collaborations and as a remixer. He worked with Tony Bennett & Lady Gaga, Lana Del Rey, Lukas Graham, Marvin Gaye, Bryan Ferry, Klingande and many more. Parov Stelar won 8 Amadeus Austrian Music Awards (5x Best Electronic/Dance, 2x Best Live Act and 1x Best Album) and released 9 albums and more than 20 EP's. Next to various top chart positions in Europe the track The Sun reached No. 1 in the electronic US iTunes charts in 2018. The song All Night reached Double Platinum for more than 100,000 tracks sold in Italy and Parov Stelar received Gold Awards for All Night in Germany and The Princess, The Art Of Sampling and The Demon Diaries in Austria. Parov Stelar has 1 Million Facebook fans, more than 500 Million YouTube views and more than 500 Million Spotify plays. His tracks have been used on more than 700 compilations worldwide (e.g. Hotel Costes, Buddha Bar, ...) and have been used in numerous TV shows, TV series and movies. There are dozens of TV ads with his music e.g. Audi, Bacardi, Courvoisier, Colgate, Cosmopolitan, Escada, Fiat, Google, Microsoft, Motorola, Nespresso, Paco Rabanne, Target, Telecom Italia and Vodafone to name just a few. The new album of Parov Stelar is called Voodoo Sonic The Trilogy and is split into three parts. Part 1/3 has been released on November 15th 2019, the second and the third part can be expected in the first half of 2020. Also, in November Parov Stelar & Band will embark on the Voodoo Sonic European tour, a headlining arena tour featuring new songs and a brand-new stage and light design. Now with 8 performers including the new vocalist Elena Karafizi and new music the band has never been more excited to reacquaint with their fans and some of the most memorable venues in the world. Parov Stelar is set to deliver another spectacular performance showcasing the very best in music production and live sampling for which he is synonymous.