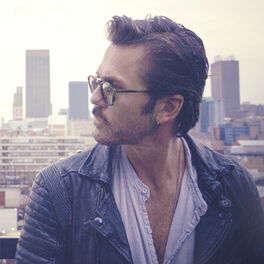 Inside the Groove (Remixes)

Tommy Vee is born in Venice, Italy. His career like record producer began after the meeting with Spiller. In 2001 he took part in the production of “Point Of View” DB Boulevard. Later he co-produced with Moony the worldwide success “Dove”. In those years he remixed twice Moby, Raven Maize’s hit “Fascinated”, Green Velvet’s “La La Land” and Tweet “Boogie Tonite”; he had the honour of remixing Laura Pausini, including the popular single “Escucha Atento”. He produced with Mauro Ferrucci and Keller “La Serenissima”, “Stay” (vocal version of “La Serenissima” which gained the eight position on The Italian Top Ten) with the house music legend CeCe Rogers. In 2005 he released his first solo album called “First!” who sold more than 40.000 copies. At the beginning of the summer 2007 he opened the Laura Pausini’s show at the stadium of San Siro with 70.000 people dancing. In 2009 Tommy produced the Moony’s single “I Don’t Know Why”, which collected a worldwide success, especially in Brazil, Portugal and Spain. During the summer 2011 he opened the three nights of the Wind Music Awards from The Verona Arena. Tommy creates his one-night of House Music called VEECIOUS. In June of 2016 he will play the role the of coach of the competitors "TOP DJ" talent dedicated to aspiring DJs and DJ producer, aired on Italy 1. Tommy play regularly in the best European clubs, including Pineta (Formentera), Villa Delle Rose (Riccione), King's (Jesolo) and Blue Marlin Ibiza.