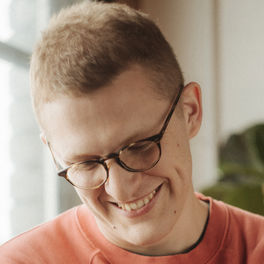 Floating Points – aka Sam Shepherd – has so many guises it’s certainly not easy to pin him down. There’s the composer whose 2015 debut album Elaenia was met with rave reviews – including Pitchfork’s Best New Music and Resident Advisor’s Album of the Year – and took him from dancefloors to festival stages worldwide. The curator, whose records have brought soulful new sounds into the club and, on his esteemed imprint Melodies International, reinstated old ones. The classicist, the disco guy that makes machine music, the digger always searching for untapped gems to rerelease. Floating Points’ first album in four years, Crush, twists whatever you think you know about him on its head once again. It’s the producer at his most “unhinged,” he says, a tempestuous blast of electronic experimentalism whose title alludes to the pressure-cooker of the current environment we find ourselves in. If Elaenia managed to skillfully build a world for you to step inside, subtly blurring the line between jazz, classical, electronica, psych-rock and even Brazilian pop, then Crush will take you for a breathless ride, seatbelts off, hair blowing out of the passenger window. Crush feels instantaneous – and vital. It’s the sound of the many sides of Floating Points finally fusing together: the carefree selector, the considered composer and the passionate label curator. But it’s also a sound that, while born out of despair and frustration with the overwhelmingly dark forces around us, manages to provide some hope for compassion.