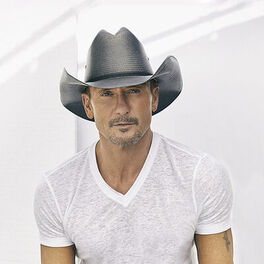 The Rest of Our Life

The Story So Far: The Best Of Def Leppard

Welcome To The Fishbowl

Songs From The Sparkle Lounge

The American country singer Tim McGraw is one of a handful of modern day country stars who has managed to bridge the gap between country and pop and in the process has built himself a lucrative music career. In a career spanning almost three decades McGraw has recorded 14 albums including 'Not a Moment Too Soon', 'Set This Circus Down', 'Live Like You Were Dying' and 'Two Lanes of Freedom' - a relatively modest catalogue for a country performer, however, these albums have generated 65 hit singles, 25 of which have made it to number one. The sheer volume of his chart success is underlined by the statistic that alongside his studio albums McGraw has released no fewer than eight greatest hits albums. As testimony to his popularity McGraw has accrued a huge amount of music industry awards including three Grammys, 14 Academy of Country Music Awards, eleven Country Music Association Awards and ten American Music Awards. A recent tour he did along with his wife and fellow country singer Faith Hill is one of the highest grossing live music tours ever conducted by a country star. In tandem with his music career McGraw has also enjoyed some success in film and TV, appearing in numerous TV shows and acting in a number of Hollywood movies. In 2016 country singers gathered to record together a single celebrating 50 years of the CMA Awards. McGraw's contribution formed part of the mash-up of 'Take Me Home, Country Roads', 'On the Road Again' and 'I Will Always Love You'. He announced, alongside his wife, that he will be touring with Soul2Soul 2017, also travelling across the ocean to perform at the C2C festival in the UK in 2018. Artist biography compiled by BDS/West 10. All rights reserved