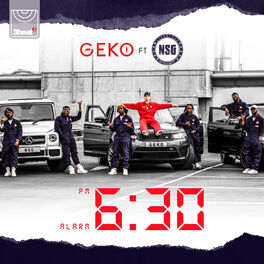 English rapper Geko was born in Manchester in 1997. His music is a combination of rap and Afrobeats, as his mother is Algerian and his father Libyan. He began rapping at an early age and was signed to the label USG aged only 13. He was the youngest ever rapper to feature on Charlie Sloth's 'Fire in the Booth' feature on BBC Radio 1 Xtra in 2012. He also took part in a documentary called 'It's Grime Up North' at the age of 14. His debut single 'Heartless' reached number nine on the iTunes Charts and he created a big following on the underground music scene, with millions of hits on YouTube.

Geko left USG and created his own record label OneTapeRecords, releasing the popular singles 'Lock the Door', 'Bipolar' and 'Yo Darlin'' all in 2017. His debut album 'LionHeart' was also released in 2017 and he headlined at the Ilovelive festival in September of that year. In 2018, he released the single '6.30' which also proved a huge success and his music became even more popular on YouTube.

Geko has collaborated with several other artists and in 2019 released the single 'New Money' with French Montana and AyEm with his OneTapeRecords YouTube channel becoming increasingly popular, garnering over 14 million views.