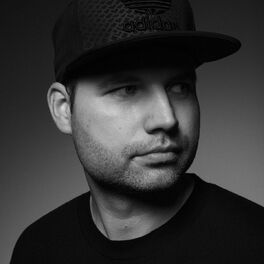 To The Massive / The Break

Hungarian-born Peter Simon has been writing music since his early teens, scoring his first vinyl release in 2008. Highly acclaimed for his WAR series of white label releases, he quickly made the connection between underground bass music and the Jamaican reggae sound. His music has been supported by UK tastemakers such as Toddla T, Mary Anne Hobbs and David Rodigan. Making the move from Budapest to Bristol, he quickly set foot scoring a guest mix on Skreams Rinse FM show, and multiple spots on high profile compilations such as This is Dubstep or the Ministry Of Sound's The Sound of Dubstep. Setting up his own imprint Roots & Future, he continues building up a diverse following who love the old school dubwise sounds with bone-shaking bass and the low end of the sonic spectrum. After spending time in Tokyo, now basing himself in North-America, his main focus is to bring this fusion of reggae music with modern sounds to the next level. With his EP titled Rum Punch on Om Unit's Cosmic Bridge Records he has set the tone for future productions: heavy 808s across genres.