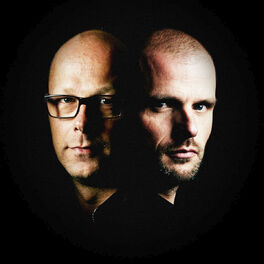 L.E.D. There Be Light

It's Up To You (SymSonic)

This world is So Amazing (Remixes)

They’re one of the World’s most established, respected trance acts, having been catapulted to stardom by their debut release ‘Airwave’. In the years that have followed they’ve continued with speaker-spankers that have included ‘Such is Life’, ‘Life Less Ordinary’ and the iconic ‘L.E.D. There Be Light’. Their Live and DJ sets have induced floor-quakes before thousands of fans at clubs, arenas and festivals. They are Piet Bervoets & Benno de Goeij… and they’re Rank 1. When it comes to interviews, Benno & Piet are, in essence the ‘Daft Punk’ of trance! Now famously reclusive, they don’t like the term ‘success’ as it implies they have already arrived. Instead, on the few occasions they do speak, they prefer to speak in terms of ‘progression’ & ‘perfection’. Ultimately though they are far happier to let their music do all the talking.