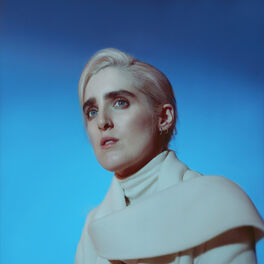 religion (u can lay your hands on me) (Gabe Gurnsey Remix)

religion (u can lay your hands on me)

What's It Gonna Be? (Tourist Remix)

Christine and the Queens

Shura is a singer, producer, remixer and video editor from Shepherds Bush - born in Moscow to a Russian actress (who made a cameo in 'Mission Impossible') and an English documentary filmmaker. Keen to impress her brother, who'd DJ drum-and-bass at the weekends, Shura began building her own songs, immersing herself in the textured sounds of Janet Jackson, Blood Orange or early-Madonna. Her songwriting found its focus in South America, where Shura worked for a period after her studies - contemplating past relationships, future music, and walking pumas round The Amazon. What emerged was 'Touch', which has already received over 5 million hits, praise from the likes of Jungle, Jessie Ware (who Shura recently remixed) and Chloe Moretz. A nominee for the BBC Sound of 2015 list, it signals the arrival of Shura as a major new talent for the years ahead.