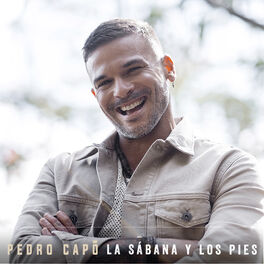 par Made in Latino

Pedro Capó is an award-winning Puerto Rican singer/songwriter, musician, and actor who has scored numerous hits throughout Latin America. The grandson of Puerto Rico legend Bobby Capó, Pedro initially rose to fame in the rock en español band Marka Registrada during the late '90s prior to embarking on a solo career the following decade. He broke through with "Estoy Enamorado", a 2009 duet with Thalía, and remained a mainstay on Billboard's Latin chart throughout the 2010s; two of his full-lengths, Aquila (2014) and En Letra de Otro (2017), charted in the Top Latin Albums and Latin Pop Albums charts. He scored his biggest international hit with 2018's "Calma", wich topped the charts in dozens of countries, both in its original form and through remixes featuring Farruko and Alicia Keys, and won a Latin Grammy for Song of the Year.